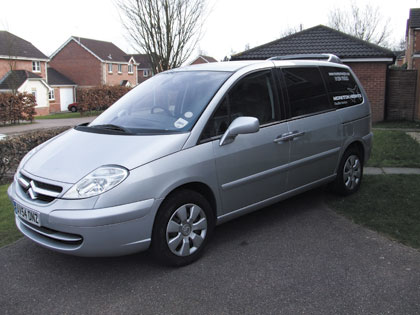 Citroen C8, formerly known as Citroen Evasion or Citroen Synergie is a minivan launched in 1994 by the French automobile company Citroen. The second generation of Citroen Evasion that were produced since 2002 are called Citroen C8. It was produced by the Sevel Nord joint venture agreement between PSA, Peugeot, Citroen and Fiat. This is the reason C8 is identical in design to Fiat Ulysse, Lancia Phedra and Peugeot 807.

We'll send you a quick email when a new Citroën C8 manual is added.

Yes! I'd love to be emailed when a new, high quality manual is available for my Citroën C8. My email address is: