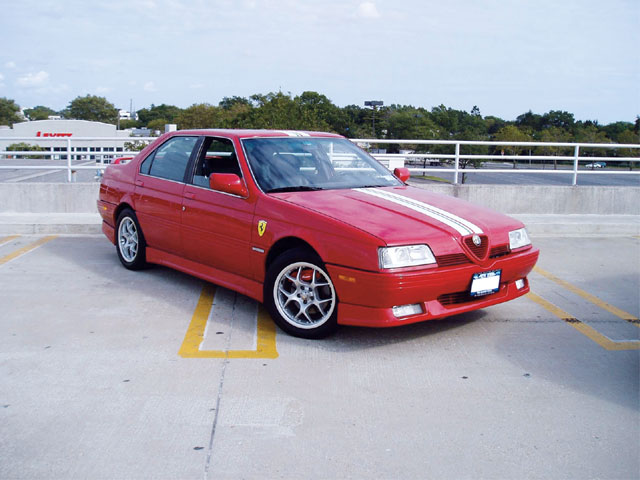 The Alfa Romeo 164 is a four-door executive saloon manufactured and marketed by the Italian automaker Alfa Romeo from 1987 to 1998 and styled Enrico Fumia at Pininfarina. Unveiled at the 1987 Frankfurt Motor Show, the 164 was the last model to be developed while the Alfa Romeo was still a fully independent company, and was formally launched a few months after Fiat purchased the company. The 164 was superseded by the Alfa Romeo 166 in 1998 after 273,857 had been produced. The glorious Busso 3-Litre V6 was used in the 164, and meant it possessed the most charismatic engine in the class.

We'll send you a quick email when a new Alfa Romeo Alfa 164 manual is added.

Yes! I'd love to be emailed when a new, high quality manual is available for my Alfa Romeo Alfa 164. My email address is: