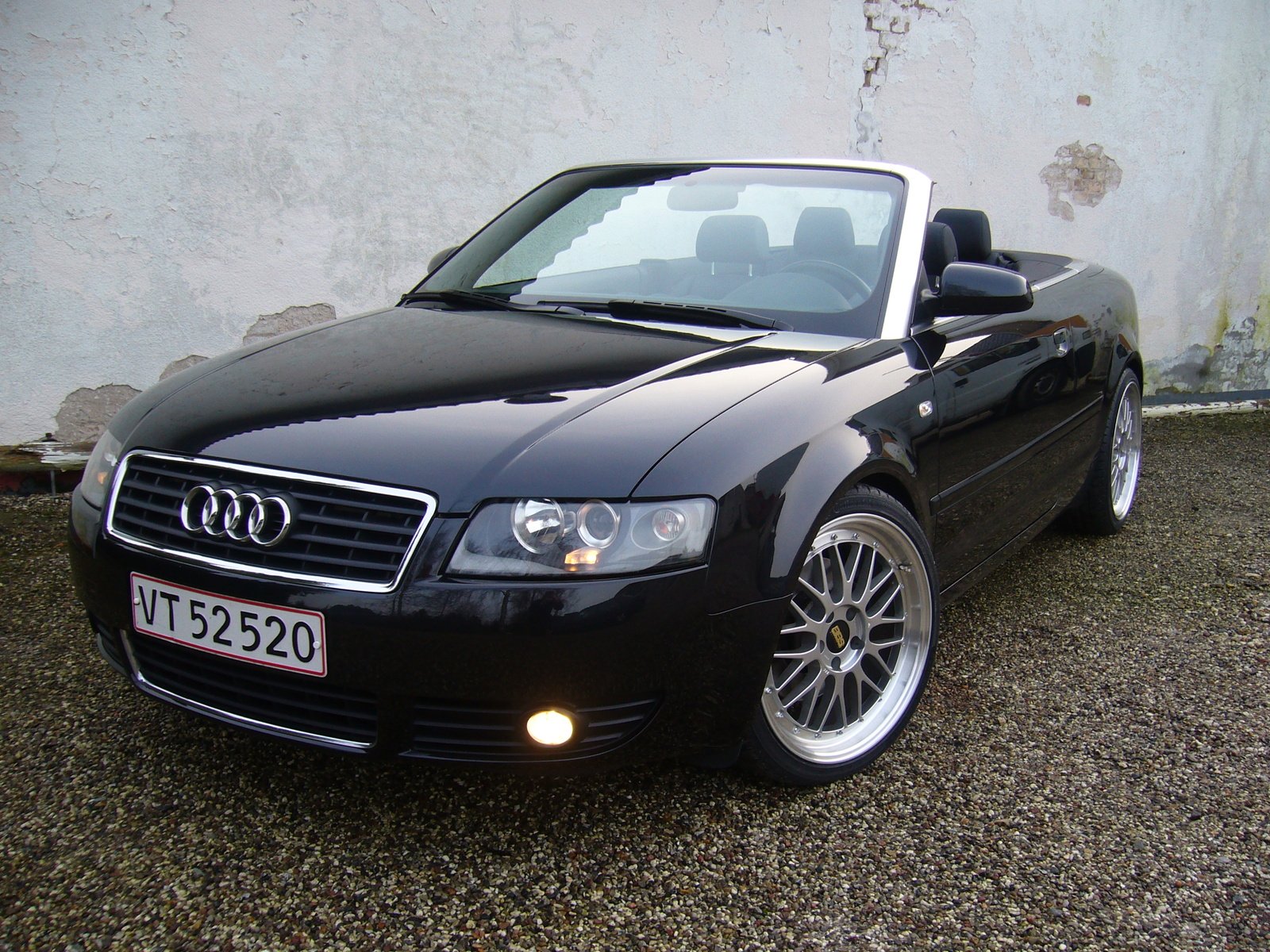 With five generations behind it, filled with constant development and technical innovations, Audi A4 is one of the most prominent cars in its class. And with production numbers peaking at more than 300.000 units per year, it is also a best seller. Still, a story about the history and evolution of this car starts with its predecessor, called Audi 80. Introduced in 1972 under the codename B1, this was the car whose modern design and progressive engineering took the family car market by storm. This set the trend for all Audi models of the seventies. Offering many innovations, it lived up to the slogan ‘Vorsprung durch Technik’, which stands for ‘Progress through technology’. Some noticeable implementations were a negative roll radius that gave a more stable handling and a diagonal dual circuit brake system that revolutionized braking behavior. 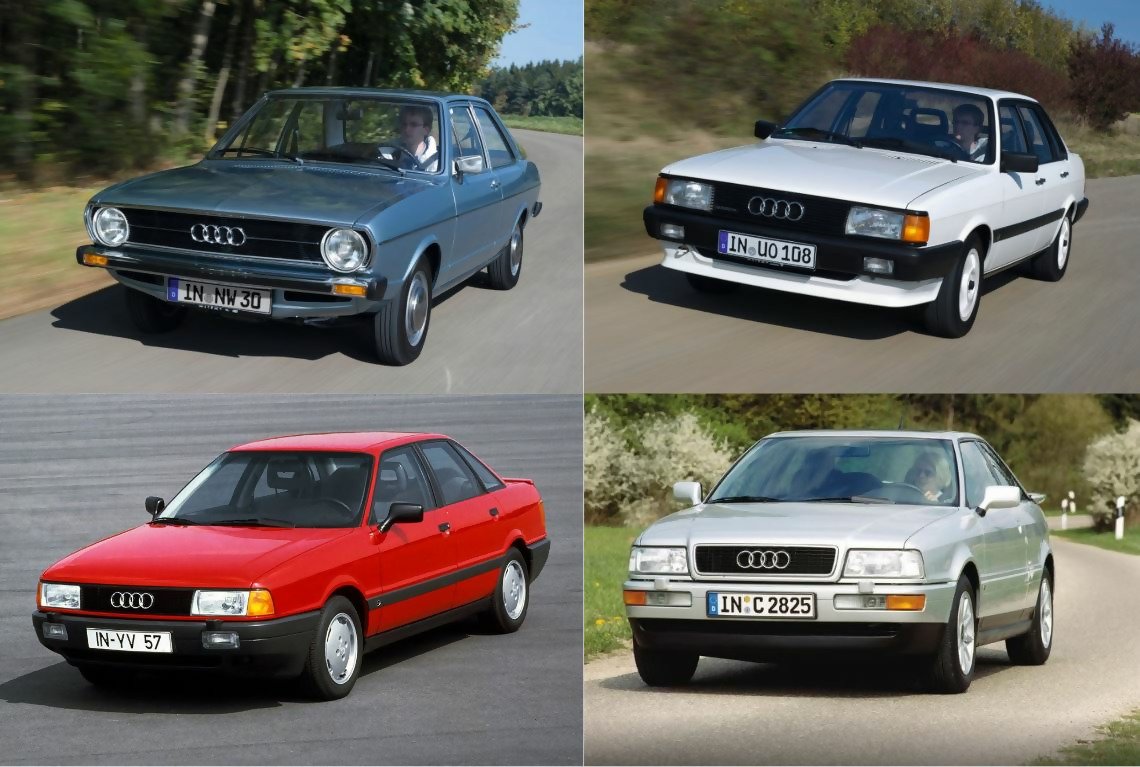 During the next two decades, Audi 80 introduced several features we take for granted in modern cars. Second generation, designed Giorgetto Giugiaro combines the functionality of a spacious interior with modern looks. Zinc-plated body, low drag coefficient and redesigned rear suspension that allow more luggage space are just a part of innovations of third generation. The last generation brought a TDI engine, which revolutionized diesel technology with a lively performance and superb fuel economy.

Both Audi 80 and A4 have two unique features that make them different from similar cars. One of them is the drivetrain layout, representing the arrangement of the engine and gearbox within the car itself. Unlike other front-wheel drive cars, it has a longitudinally mounted engine with transaxle transmissions mounted at the rear. Despite many advantages, this setup places the engine at the very front of the engine bay. This makes the car prone to under-steer in fast turns. Still, designers have always kept this tendency under control.

Another feature is a famous all-wheel-drive system called Quattro. The 80 series was the base for Audi Quattro, a car that changed the face of rallying forever. Using this superb, robust and reliable technology in Audi 80 made it the first road car with permanent four-wheel drive produced in large numbers.

During the 90s, Audi introduces a new naming principle for their lineup, and the Audi 80 become Audi A4. The trend of replacing number-based nomenclature with a combination of letters and numbers was also popular at the time with other manufacturers, such as Mercedes or Volvo.

Despite being famous as durable and well-built cars, quality, older generations didn’t have enough prestige to compete with main competitors, such as BMW and Mercedes. With the new name, Audi decided to position the A4 within the premium midsize car segment. The focus was on overall appearance, dynamics, and balanced performance. Although it may look similar to the old 80 at first sight, the A4 offers softer front lines and more severe rear ones. The whole outline is slimmer and more dynamic. Body shapes are available as a 4-door sedan and 5-door estate, called Avant. 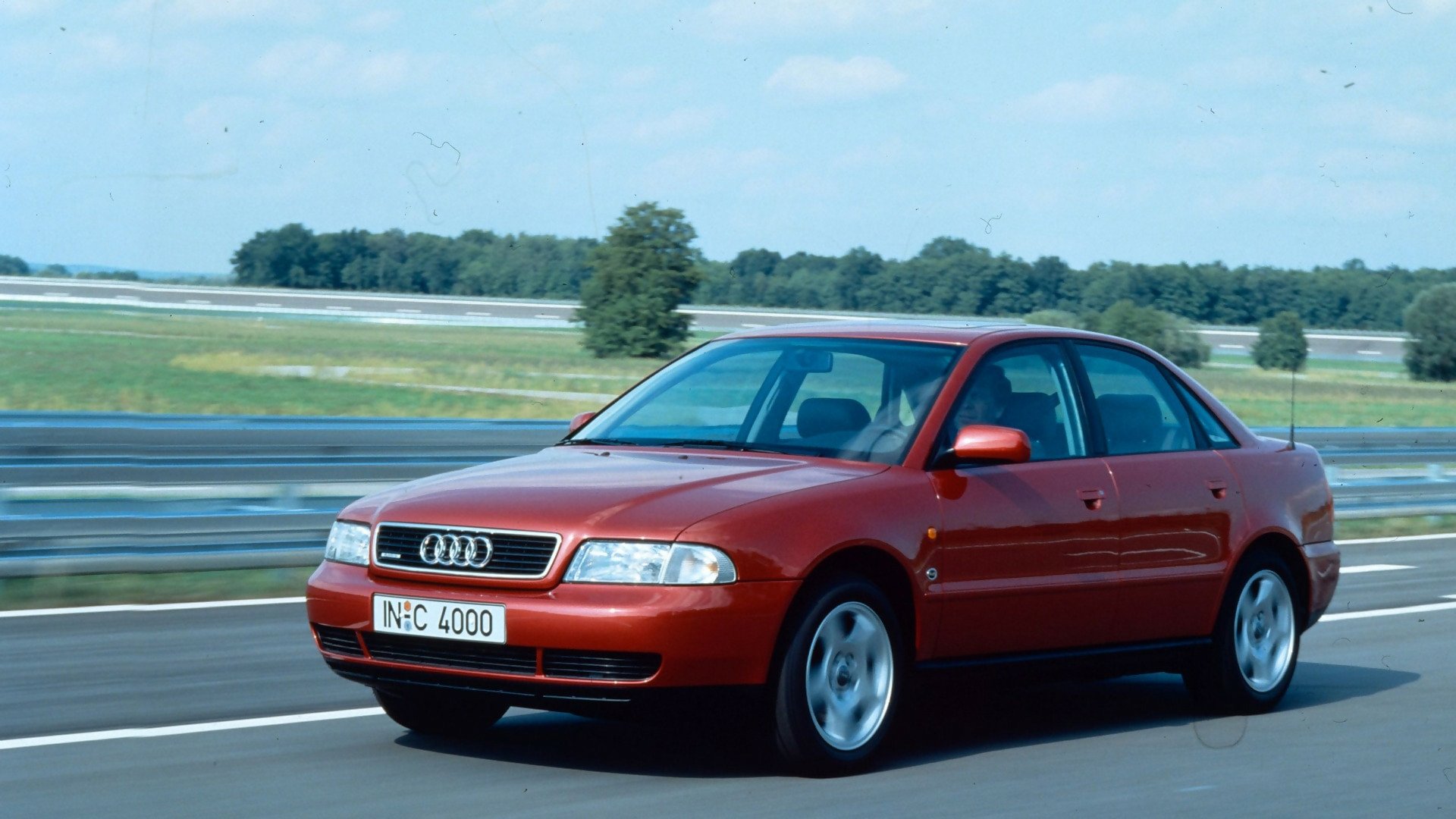 Under the hood, there is a wide range of gasoline and diesel engines. Although some of them date back to the previous generation, there were also several new units available. Most notable are the new V6 and a turbocharged four-cylinder engine with five valves per cylinder. This was the first mass-produced car in the world with this technology. Instead of gaining more power, the main goal with it was to maximize fuel efficiency and improve drivability. Among diesel engines, there are several variants of the well proven TDI unit and the new V6 diesel unit. Other major update was the Tiptronic transmission, which, besides automatic operation, allows manual gear selection.

The suspension used a double wishbone setup at the front and multi-link at the rear, which offered a great balance between ride comfort and sporty handling. This meant it was neutral on the roads, but also sharp and precise when going around the corners.

Buyers recognized the upsides new A4 offers, making it an instant hit. This was a refined and subtle yet sporty alternative to rivals such as BMW 3 Series or Mercedes C class. For those who wanted more sportiness, Audi released the S4 and RS4. With turbocharged V6 engines and Quattro system, these cars were a road going race machines.

Following the huge success of the first generation, designers at Audi used the same formula to make a versatile family car. Once again, the aim was the car that offers comfort, plenty of room and sporty potential. The new A4 received a sharp and edgy design, keeping it up to date with the new millennium. On the outside, a tapered front end and curved windscreen gave it a certain resemblance to the TT, while the back end was similar to the older A6. Also, the 2 door convertible version joined the proven sedan-Avant duo. 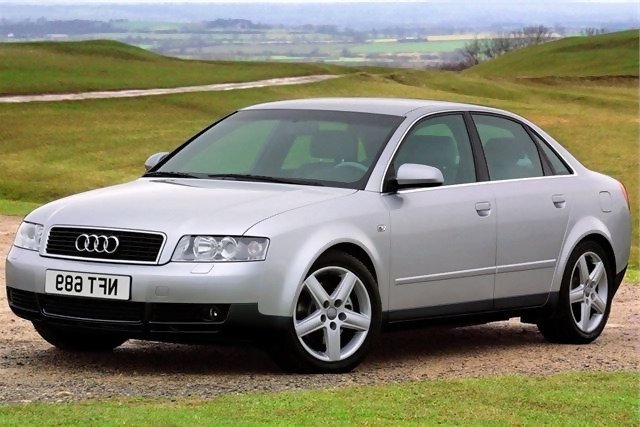 The biggest improvements were under the hood. Most gasoline engines were made using aluminum alloy and had increased power output. There were several four-cylinder engines, with or without a turbocharger, and two V6 variants. The biggest upgrade for gasoline engines was a direct fuel injection, called FSI. Diesel engines received the new fuel injection technology, called Pumpe-Düse or PD. This system uses unit injectors and gives better performance and increased fuel efficiency. Another notable update was the continuous variable transmission, named Multitronic, which replaced the conventional automatic transmission on front-wheel drive models.

High on the list of priorities was the chassis which has been redesigned and strengthened. The rear suspension received major upgrades, making it similar to one from Audi A8. With this, the handling was comparable to the rear wheel driven Mercedes and BMW while keeping the user friendly feel.

The most powerful version, offered only as S4, was less brutal when compared to its predecessor. It had a naturally aspirated V8 engine, a 6-speed manual or Tiptronic automatic gearbox and Quattro all-wheel-drive as a standard.

Despite being marked as a separate generation, this variant was in fact a facelifted B6. Audi did this to keep it in pace with growing competition in this market segment. Redesigned headlights and taillights, coupled with a new grill that matches the look of new A5 kept the exterior looking fresh for next several years. Still, with identical side panels and only minor updates to the interior, the resemblance with the older version was obvious. 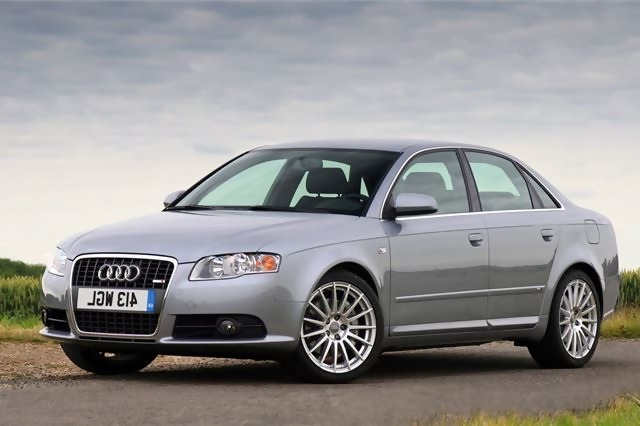 There were no revolutions under the skin, either. Instead, there were many updates. Most notable were several gasoline engines that used both direct fuel injection and turbocharging, as diesel engines with four valves per cylinder. In addition, there were some updates to the suspension and steering system. Still, using wise combinations of design and technology upgrades, this generation bridged the gap until its successor arrived in 2009.

Towards the end of the decade, Audi had to make radical changes to keep the market position. The fourth generation is a whole new car, designed from the bottom on a new, modular platform. The biggest advantage of this platform is that it allows moving front wheels to the front, reducing front-end overhang. This, combined with the new steering system and redesigned suspension, improved handling and reduced under-steer. 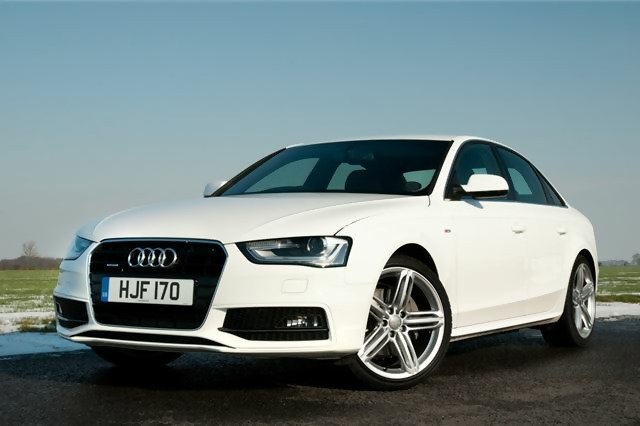 Exterior featured a fresh new design. Large black grille and sleek LED headlights give the front end an aggressive and muscular appearance, while the side profile and rear end keep a more conventional and soft appeal. Together, it made the car well rounded blend of subtle and dynamic. Compared to the previous generation, the body is larger, with generously shaped doors that allow easy entrance. The interior is roomy, offering enough space both on front and rear seats, making it suitable for long journeys. Besides saloon and Avant version, this generation is the first to offer an Allroad version. It has a wider track, increased ground clearance and Quattro drive, while the exterior features different grille, underbody guards, and roof rails.

All gasoline engines use direct fuel injection as a standard. As a part of downsizing efforts, all four-cylinder units have turbochargers and make for the most of the engine lineup. Still there are two V6 engines available, one with supercharger and other without it. At the high end of the range, there is an RS4, equipped with V8 engine and Quattro drive.

In its final iteration, the exterior features many improvements made not just for form but also function. A single-frame grille and headlights with an undercut design give more focused look to the front. The overall design provides a more aggressive feel, while other details door-mounted exterior mirrors enhance the aero-acoustics of the A4. 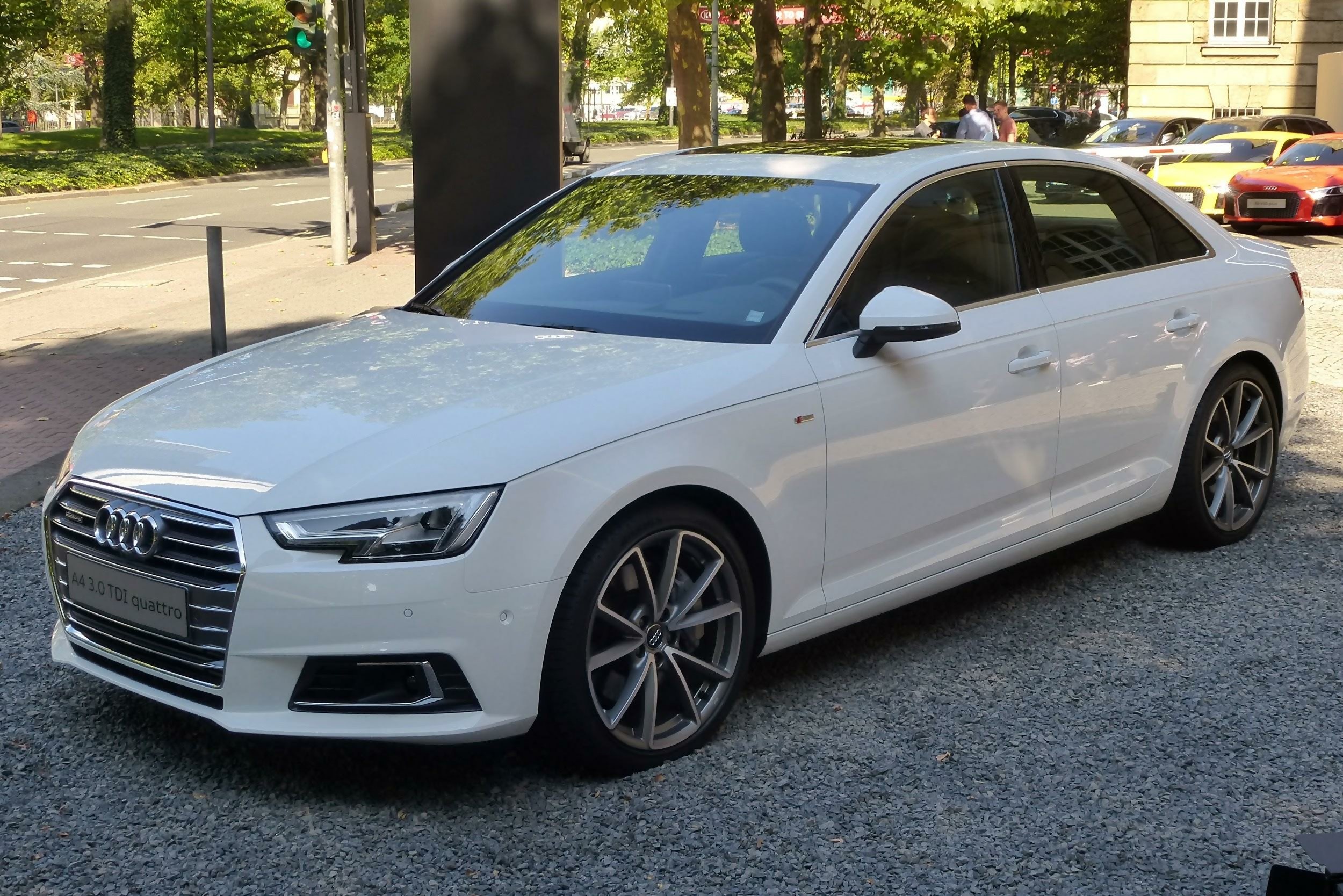 More improvements hide under the skin. A hybrid aluminum construction makes the new car lighter, despite being longer and wider than the previous model. All engines focus on power, drivability and fuel economy. The choice of gasoline engines ranges from a small four-cylinder in standard cars to a V6 powerhouses in S4 and RS4. Direct fuel injection and turbocharging is standard on all engines. Situation is similar with diesel engines, with several four-cylinder to a V6 variants available. New front and rear axles improve comfort, along with an optional adaptive suspension system. With it, the driver can choose from standard, comfort or sport mode.

The interior offers even more headspace and rear legroom that its predecessor. There is a redesigned infotainment system, operated by a rotary knob, handwriting on the touchpad or by voice. However, the biggest improvement is the virtual cockpit that uses a digitized instrument cluster, offering two operating modes. Classic mode offers a clear view of speedometer and tachometer, while infotainment mode minimizes the gauges in favor of navigation and other visual aids.

We'll send you a quick email when a new Audi A4 manual is added.

Yes! I'd love to be emailed when a new, high quality manual is available for my Audi A4. My email address is: