Ford first unveiled the Fiesta in Europe in 1976.  A risky bid for the US car giant, since superminis were an uncharted-space, and fears of not turning a profit were high. It has since become one of the most popular Ford models around the globe. With over 16-million units having sold as of 2019. One of the most successful markets for the Fiesta is Britain, where it held the title of "Most Popular New Car" 9 separate times between 1990 and 2012.

From humble beginnings to a worldwide sensation - let's now look at each of the generational changes the Ford Fiesta has gone through. 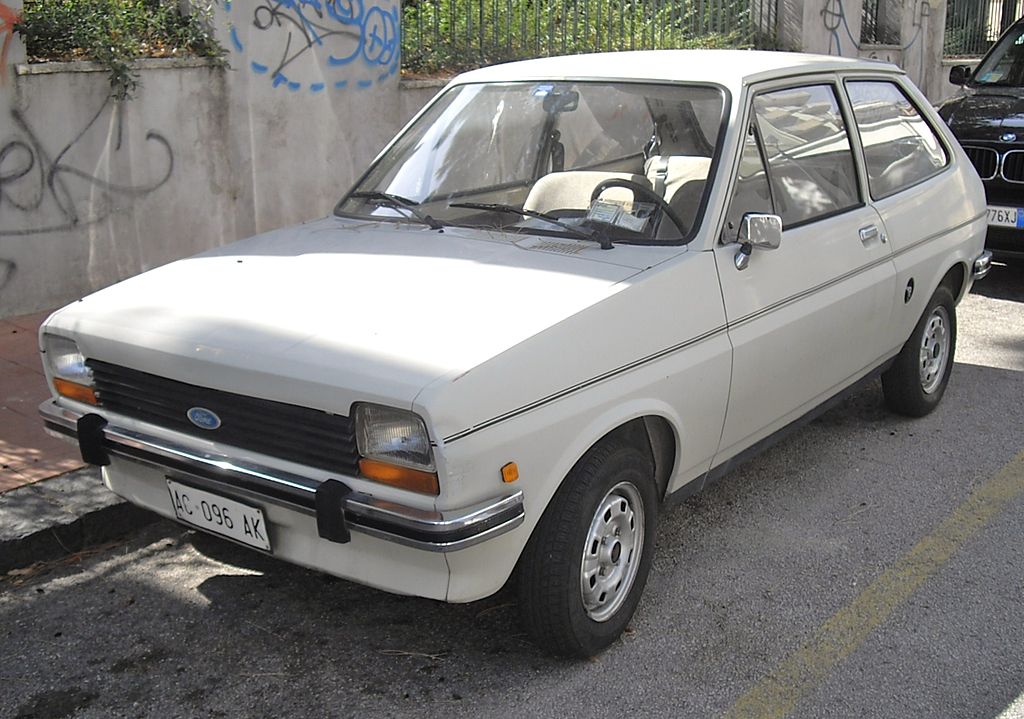 The 1973 oil crisis sparked a need for more fuel-efficient vehicles like never before - the Fiesta was Ford's response. The first-generation came with two engine choices, a 0.9-liter, and a 1.1-liter 4-cylinder capable of reaching a top speed of up to 81-MPH. It was the first front-wheel-drive car available by Ford, and only the second mini hatchback available in the UK. By 1980, Ford had sold more than 1-million Fiestas. By 1982, that number doubled to 2-million, making it the best-selling car in Britain at the time.

In 1981, a new, more powerful 1.6-liter engine became available in the XR2 package, raising the top speed of the Fiesta to 100-MPH. 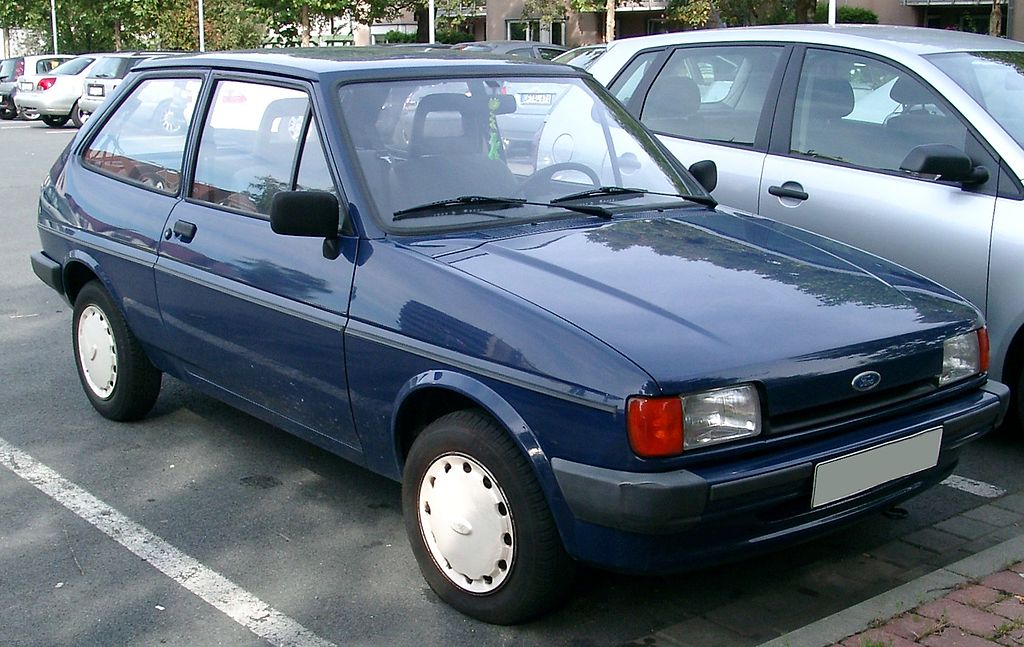 Arriving in August of 1983, the second-gen Fiesta featured an all-new front-end and interior.  By this time, Ford had a new level of confidence in its supermini and began widening its offerings, starting with a 1.6-liter diesel variant. In 1984, the sportier XR2 made its way to the gen two Fiesta, paired with a 5-speed manual and upgraded brakes and suspension.

By 1987, the Fiesta enjoyed its best sales year ever in Britain, with over 150,000 units having sold. At the end of its second-generation, the Fiesta had become a name that everyone knew. 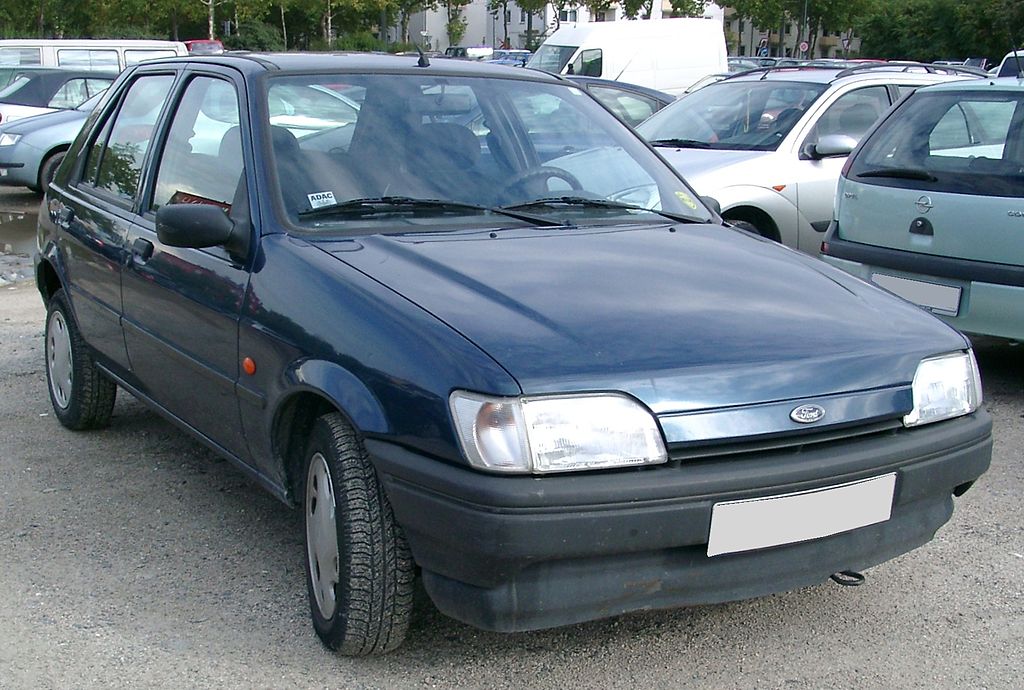 The third-gen Fiesta marked some of the more significant changes yet, through an all-new platform. Due to the lengthened wheelbase and broader stance, the first 5-door Fiesta was born. Further options were also introduced, like power windows and ABS brakes. Also added in 1990 was the Fiesta RS Turbo, delivering an impressive 128-BHP using its 1.6-liter 4-cylinder, capable of reach as high as 133-MPH. Two years later, in 1992, the 1.6-liter was replaced by a more powerful 1.8-liter.

Ford third-gen Fiesta claimed “Car of the Year” in 1989, and had sold over 2-million units by its second year in production. 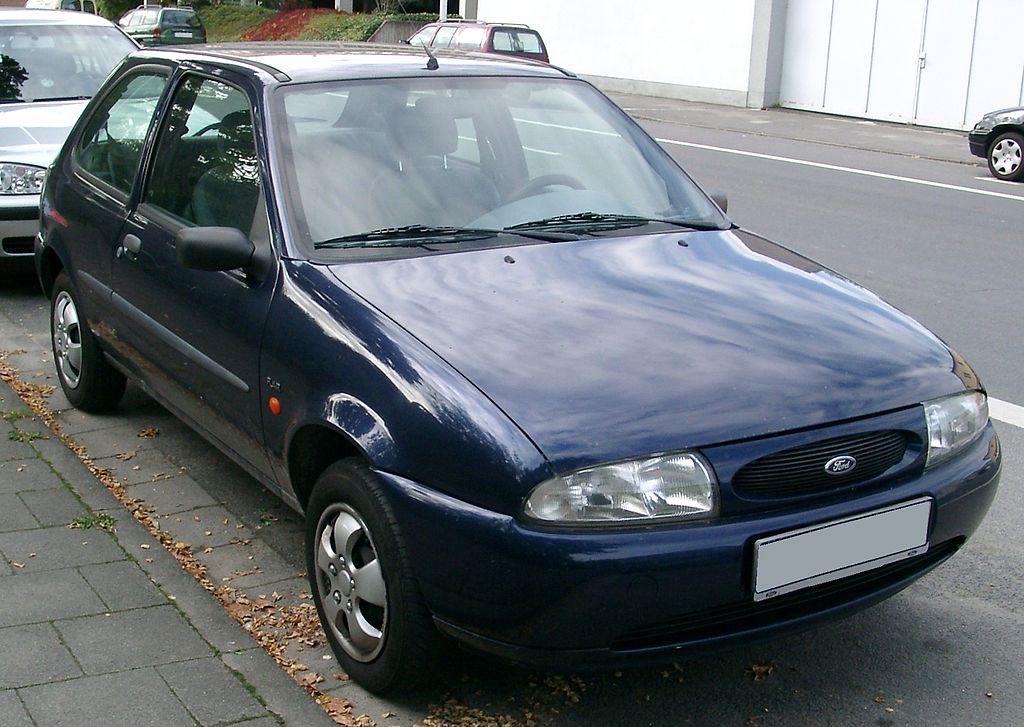 The fourth-gen Fiesta featured much more aerodynamic, rounded styling cues. Changes included an oval grill to match the Ford logo, as well as new interior styling. Also added, were two new engines, a 1.25-liter, and 1.4-liter 4-cylinder.  Some of the more popular changes had to do with the new suspension, which improved handling significantly.

In 1999, the third-gen Fiesta had a face-lift, one that helped it more closely resembled the Ford Focus. For the first time in a long while, the Fiesta was again available with leather seating, and it also came with standard dual airbags.

One of the most popular additions to this generation was the Zetec S package, which features an upgraded suspension and new brakes.  Under the hood was a 1.6-liter Sigma engine that allowed it to reach 0-60 in only 9.6 seconds. 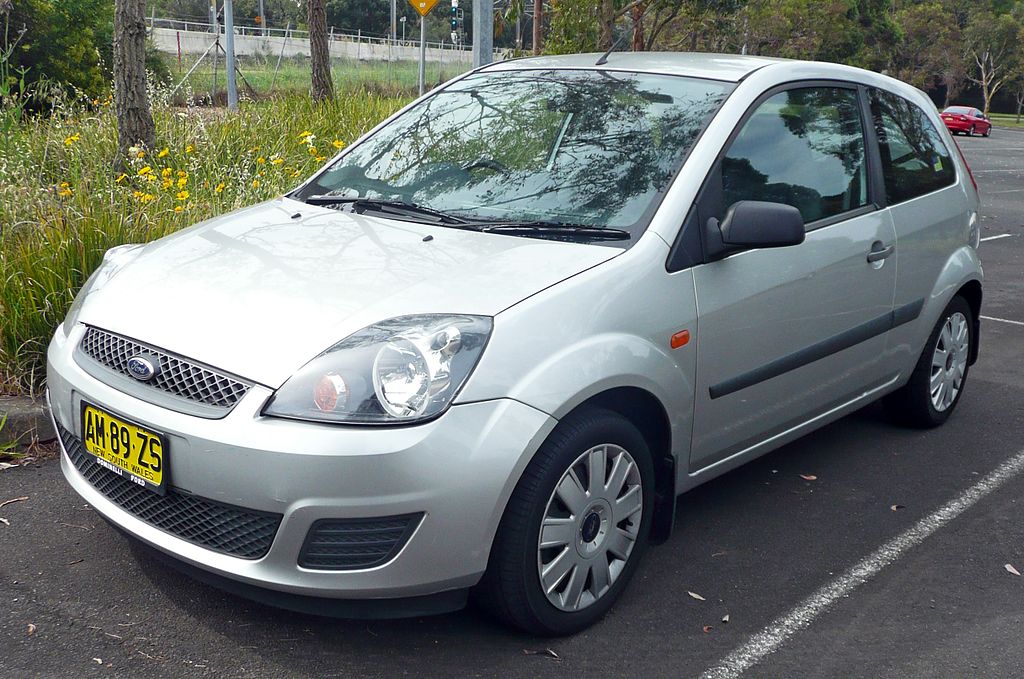 By the fifth generation, the Fiesta was very similar to the Ford Focus in many ways - albeit a smaller version. To differentiate itself, the ST model was released, and hidden under the hood was the most potent engine ever found in a Fiesta.  A 2.0-liter producing 148-BHP. By now, ABS brakes and passenger airbags were standard, making the Fiesta a lot more appealing to the everyday driver.

Additional options were also added, like Bluetooth and automatic headlamps and wipers. Body styles included a 3, and 5-door hatchback, a 4-door saloon, and a 3-door panel wagon. 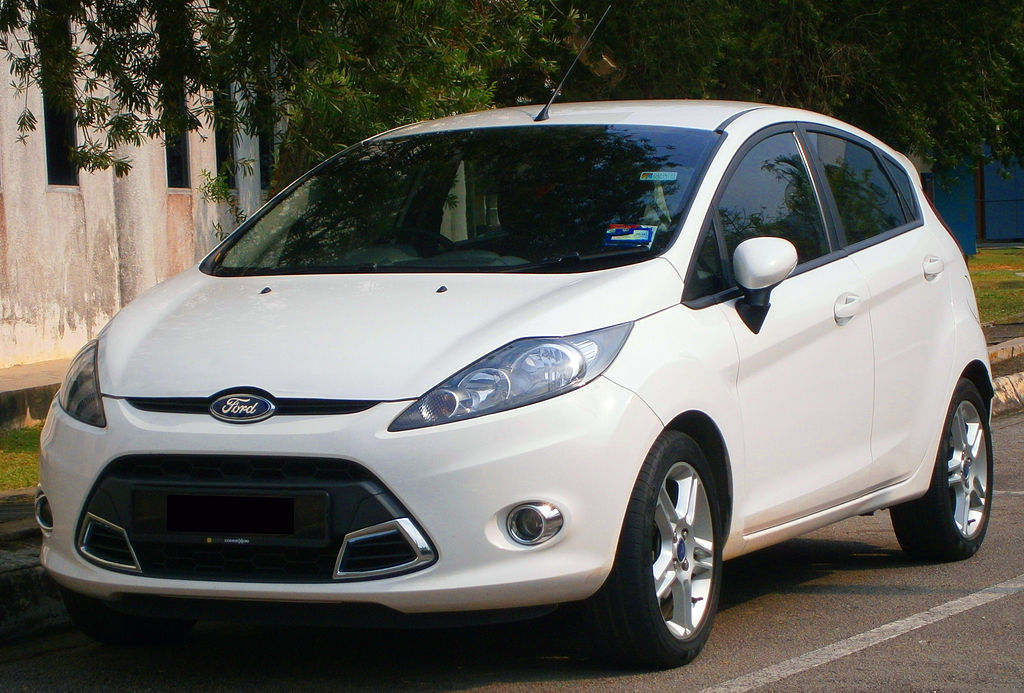 By the Fiesta’s sixth generation, it had firmly established itself as a worldwide contender in its class. New, modern styling cues gave it a level of mass-appeal it hadn’t seen in the past.  Options included power windows and locks, Ford’s Sync system, keyless entry, and push-button start. The sixth-gen Fiesta was also the first to add one of Ford’s popular EcoBoost engines, which had built a decent name for themselves on other models since 2011.

Also joining the lineup in 2013, was the ST version, which got featured on the TV show Top Gear. Under the hood was a 1.6-liter EcoBoost capable of reaching 0-62 in only 6.9 seconds. 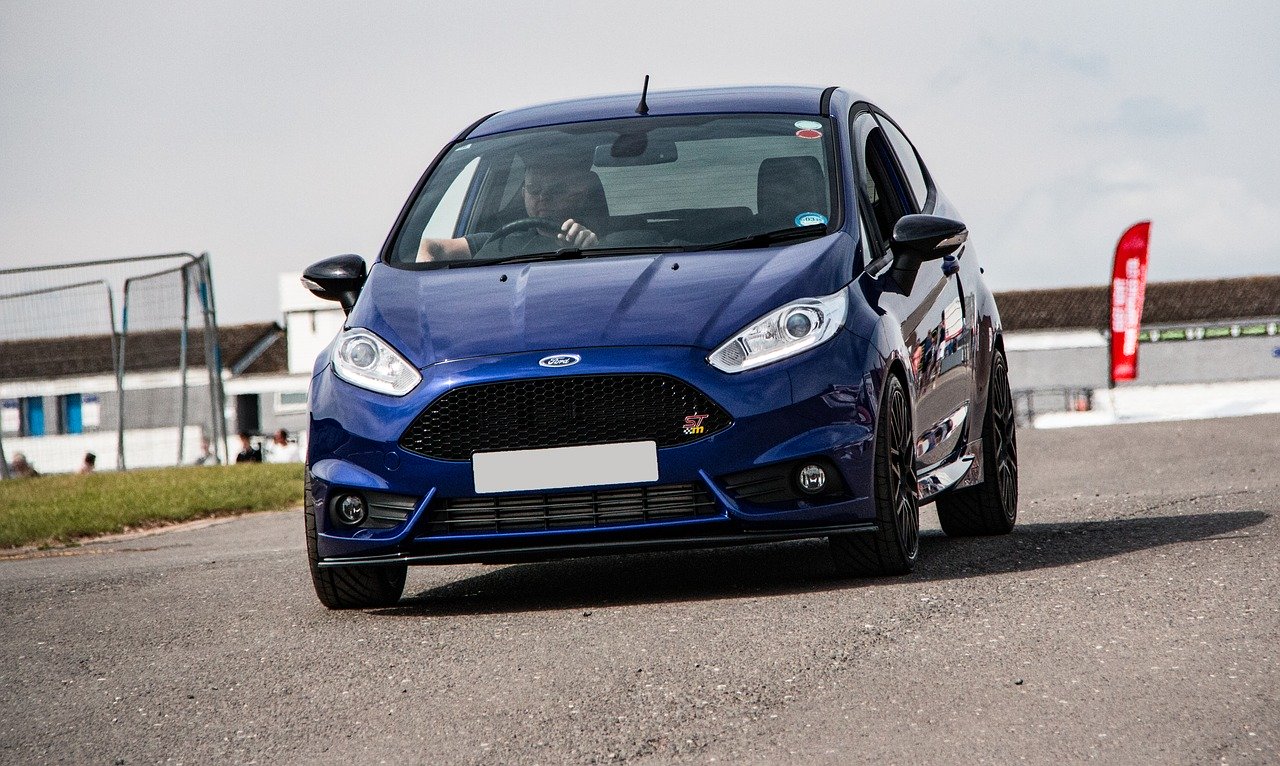 The seventh and most recent generation of the Fiesta focused on making it more upscale and refined. It also received a few styling changes to give it a more aggressive look. Options included the latest Sync 3 infotainments system, leather seating, keyless start, 360-degree cameras, and a heated steering wheel. Although production ended in Australia and the United States in favor of small SUVs, EU markets saw strong sales.

Some of the more popular changes involved the ST model, which could now reach 0-62-MPH in a mere 6.5 seconds. The ST also featured selectable drive modes, which allowed the driver to switch between “Normal,” “Sport,” or “Race Track.” Additionally, the Fiesta is now available in a small SUV variant labeled the Fiesta Active.

We'll send you a quick email when a new Ford Fiesta manual is added.

Yes! I'd love to be emailed when a new, high quality manual is available for my Ford Fiesta. My email address is: