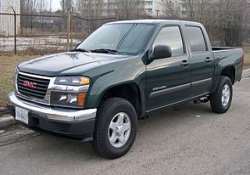 The C/K was Chevrolet and GMC's full-size pickup truck line from 1960 until 1999 in the United States, from 1965 to 1999 in Canada, from 1964 through 2001 in Brazil, from 1975 to 1982 in Chile. The first Chevrolet pickup truck appeared in 1924, though in-house designs did not appear until 1930. "C" indicated two-wheel drive and "K" indicated four-wheel drive. The aging C/K light-duty pickup truck was replaced with the Chevrolet Silverado and GMC Sierra names in 1999 in the US and Canada, and 2001 in Brazil; the Chevrolet Silverado HD and GMC Sierra HD heavy-duty pickup trucks followed. Until this time the names Silverado and Sierra were used to identify the trim level of the C/K trucks.

We'll send you a quick email when a new Honda Pilot manual is added.

Yes! I'd love to be emailed when a new, high quality manual is available for my Honda Pilot. My email address is: