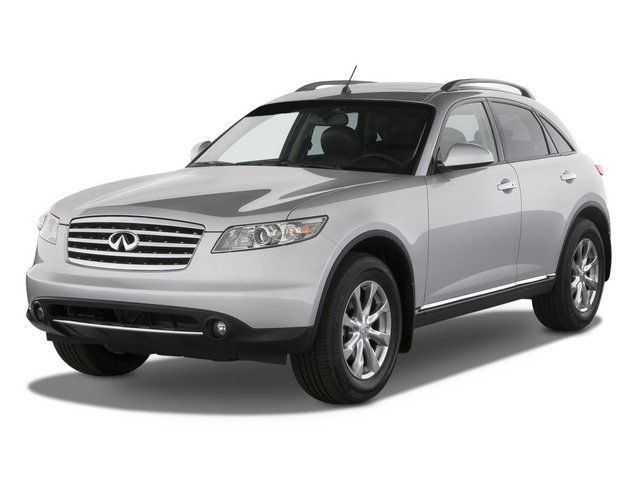 The Infiniti FX-series (called the Infiniti QX70 from late 2013) is a mid-size luxury crossover SUV produced by the Nissan-owned Infiniti luxury vehicle brand since the 2003 model year. The FX replaced the QX4 as Infiniti's mid-size luxury-type SUV, although the QX4 was smaller than the FX. The FX is now in its second generation, since the 2009 model year FX35 and FX50. It is available as front-engine, rear-wheel drive or all-wheel drive. Standard safety features include dual front air bags, side impact air bags, and rear curtain airbags with rollover sensor, as well as Zone Body construction with front and rear crumple zones.

We'll send you a quick email when a new Infiniti FX manual is added.

Yes! I'd love to be emailed when a new, high quality manual is available for my Infiniti FX. My email address is: