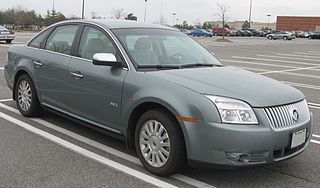 The Mercury Sable is a four-door sedan and station wagon marketed over five generations by the Mercury division of the Ford Motor Company for model years 1986-2005 as a mid-size car and 2008-2009 as a full size car, with a hiatus for model years 2006 and 2007, when a rebadged variant was marketed as the Mercury Montego. During its 21-year production run, the Sable was itself a badge-engineered variant of the contemporary Ford Taurus. Along with the Taurus, the Sable was a milestone design, highly influential vehicle in the marketplace, with a total of 2,112,374 Sables marketed from 1985-2005.

We'll send you a quick email when a new Infiniti JX manual is added.

Yes! I'd love to be emailed when a new, high quality manual is available for my Infiniti JX. My email address is: