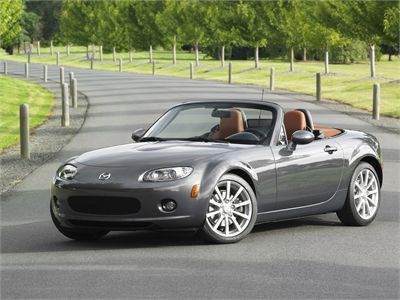 Manufactured by Mazda in Hiroshima, Japan, the model debuted in 1989 at the Chicago Auto Show. The Mazda MX5 is lightweight two-seater roadster from Japanese automaker Mazda Motor Corporation. The Mazda design team was inspired by the design of small British and Italian roadsters of the 60 ?s, while designing the MX5. Sold over 531,000 units until 2000, it is the bestselling two-seat convertible sports car in automotive history. Since the launch of the third generation, Mazda consolidated worldwide marketing using the MX-5 name with the exception of the United States where it is marketed as the MX-5 Miata.

We'll send you a quick email when a new Mazda MX-5 manual is added.

Yes! I'd love to be emailed when a new, high quality manual is available for my Mazda MX-5. My email address is: