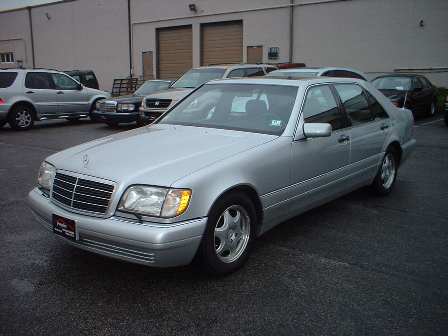 The Mercedes-Benz S-Class is a series of full-size luxury sedans produced by the German automaker Mercedes-Benz, a division of German company Daimler AG. The classification was officially introduced in 1972 Mercedes S 420 was manufactured as a 4-door sedan from 1987 until 1989, from 1995 until 1998 and from 2006 until 2009. It was also built as a 2-door coupe between 1994 and 1995. Coupe version was only available with petrol engines, while sedan versions were built with diesel and petrol engines. Car is available with automatic transmission style. The S-Class has ranked as the world's best-selling luxury sedan. The S-Class was Wheels Magazine Car of the Year for 1981 and 1999.

We'll send you a quick email when a new Mercedes S 420 manual is added.

Yes! I'd love to be emailed when a new, high quality manual is available for my Mercedes S 420. My email address is: