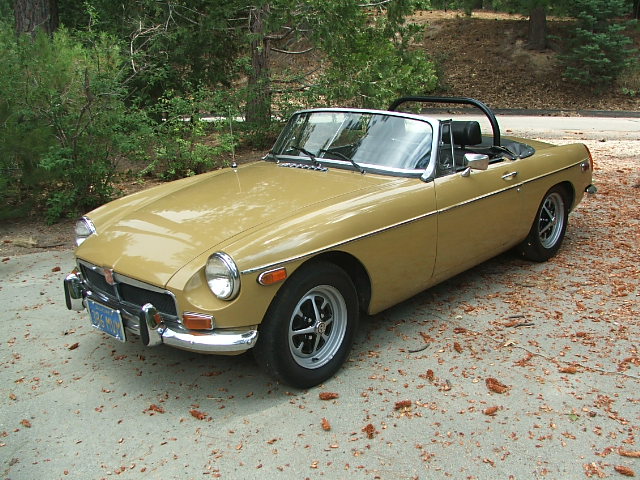 The MGB is a two-door sports car manufactured and marketed by MG Cars and its successors as a four-cylinder, soft-top roadster (1962-1980) ? along with variants including the MGB GT three-door 2+2 coupé (1965-1974), the six-cylinder roadster and coupé MGC (1967-1969), and the eight-cylinder 2+2 coupé, the MGB GT V8 (1973-1976). All MGBs (except the V8 version) utilized the BMC B-Series engine. This engine was essentially an enlarged version of that used in the MGA with displacement being increased from 1622 cc to 1798 cc. The roadster was the first of the MGB range to be produced. The body was a pure two-seater but a small rear seat was a rare option at one point. In late 1967, sufficient changes were introduced for the factory to define a Mark II model.

We'll send you a quick email when a new MG MGB manual is added.

Yes! I'd love to be emailed when a new, high quality manual is available for my MG MGB. My email address is: