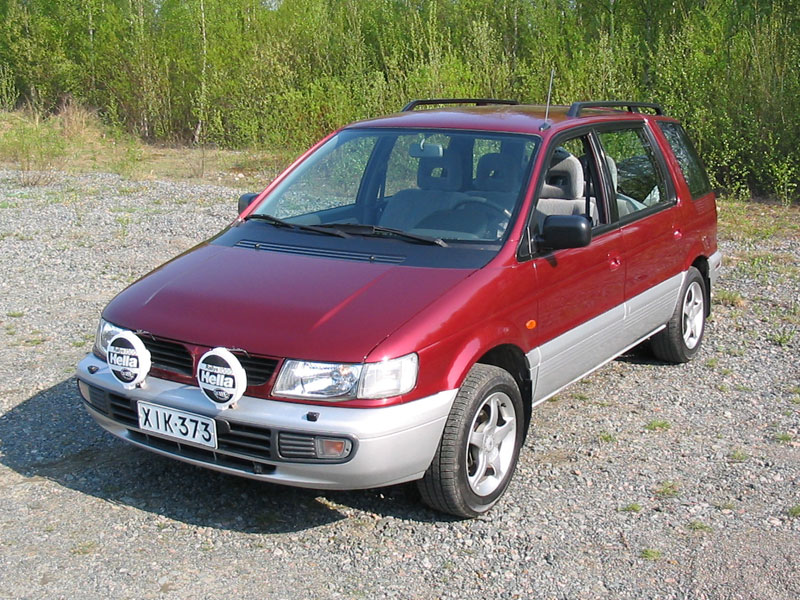 The Mitsubishi Chariot is a large multi-purpose vehicle (MPV) produced by the Japanese manufacturer Mitsubishi Motors from 1983 to 2003. It was based on the SSW concept car first exhibited at the 23rd Tokyo Motor Show in 1979, and named for the battle chariots used during the times of the ancient Greek and Roman Empires. Internationally, it has been sold under various names, including Mitsubishi Space Wagon, Mitsubishi Nimbus and Mitsubishi Expo. It was manufactured as a front engine, front-wheel or four-wheel drive. It is available with automatic and manual transmission style and was produced with both, petrol and diesel engines.

We'll send you a quick email when a new Mitsubishi Space Wagon manual is added.

Yes! I'd love to be emailed when a new, high quality manual is available for my Mitsubishi Space Wagon. My email address is: