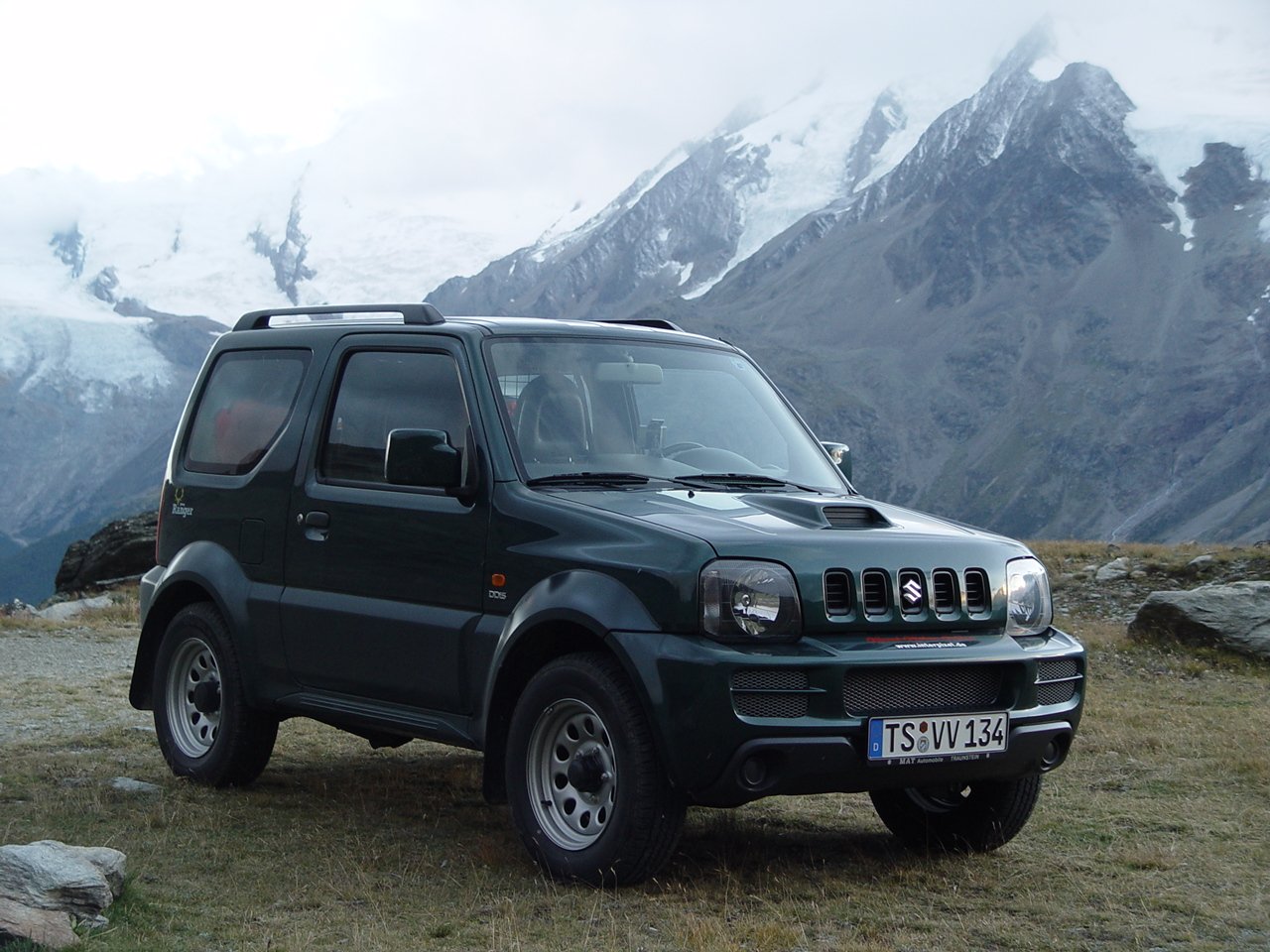 The Suzuki Jimny is a line of off-road vehicles from Suzuki produced since April 1970. The first Suzuki-branded 4-wheel drive, the LJ10 (Light Jeep 10), was introduced in 1970. The LJ10 had a 359 cc air-cooled, two-stroke, in-line two-cylinder engine. The liquid-cooled LJ20 was introduced in 1972 with the cooling changed due to newly enacted emission regulations, and it gained 3 hp. In 1975, Suzuki complemented the LJ20 with the LJ50, which had a larger 539 cc, two-stroke, in-line three-cylinder engine and bigger differentials. The Jimny8/LJ80 was anupdated version of the LJ50 with an 800 cc, four-stroke, in-line four-cylinder engine, followed by the Jimny 1000/SJ410 and Jimny 1300/SJ413. Anupdated version of the SJ413 became known as the Samurai and was the first Suzuki officially marketed in the US. The series from SJ410 to SJ413 was known as the Sierra in Australia, and remained the Jimny in some markets. The new Jimny was released in 1998, and now bears the same name in all markets.

We'll send you a quick email when a new Suzuki Jimny manual is added.

Yes! I'd love to be emailed when a new, high quality manual is available for my Suzuki Jimny. My email address is: