Although it was never officially sold or offered in the United States, the Micra is one of Nissan’s most popular and profitable vehicles worldwide. It’s their smallest supermini, a direct competitor to the likes of Renault’s Clio and Toyota’s venerable Yaris. Although it’s probably not as successful as the Yaris, the Micra is an extremely popular choice for both families and young people across the globe. Often praised for its affordability and reliability, the Micra is still one of the best vehicles in its respective segment even today, some 37-odd years after it was first launched. To see how far the Micra has evolved and where its roots come from, we’ll take a look at all previous generations, including finding out what made them so special. 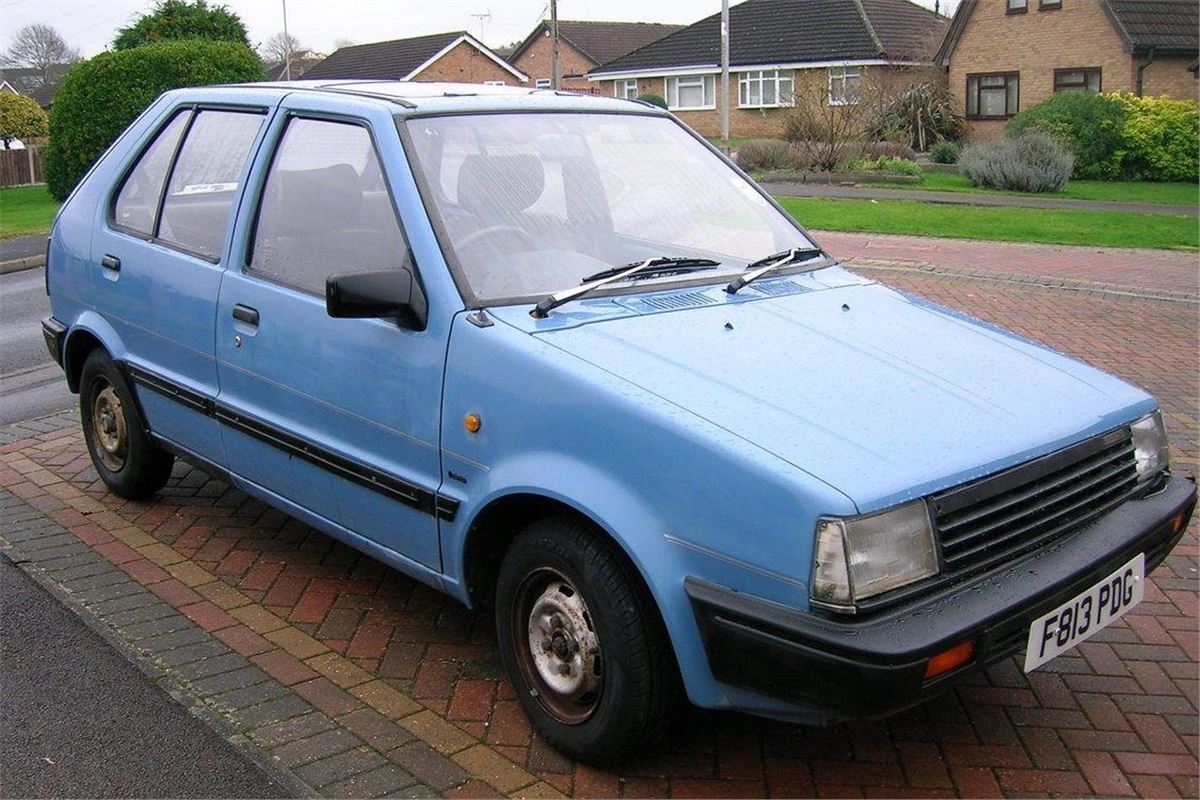 The first generation Micra, also known as the K10, initially made its debut back in 1982. It was specifically designed for the Japanese market, although it later found its way over to Europe in 1983. Weirdly, the K10’s design is an Italian effort, made by the people over at Fiat. The first generation Micra hit the Canadian market in 1984, but it never made it to the United States.

There were two naturally-aspirated and one turbocharged engine on offer. The N/A 1.0 and 1.2-liter four-cylinder engines made 55 and 57 horsepower respectively, but the turbocharged 0.9-liter found in the ‘Super Turbo’ variant was the one to go for if you wanted sheer speed. Although its 110 horsepower don’t sound too tempting by today’s standards, the entire car weighed in at around 675 kilograms (1500 lbs.). Most cars sold were equipped with either a 4-speed or a 5-speed manual, but a lot of people opted for the 3-speed automatic as well.

The Super Turbo had a 0-62 mph time of 7.7 seconds, which is fast for a small hatchback even by today’s standards, and a 112 mph top speed. A relatively-modern Mk5 Golf R32 does the same sprint to 62 mph in 6.5 seconds, just a second off the little Super Turbo, which is some twenty years senior to the Golf. Well done Nissan then. 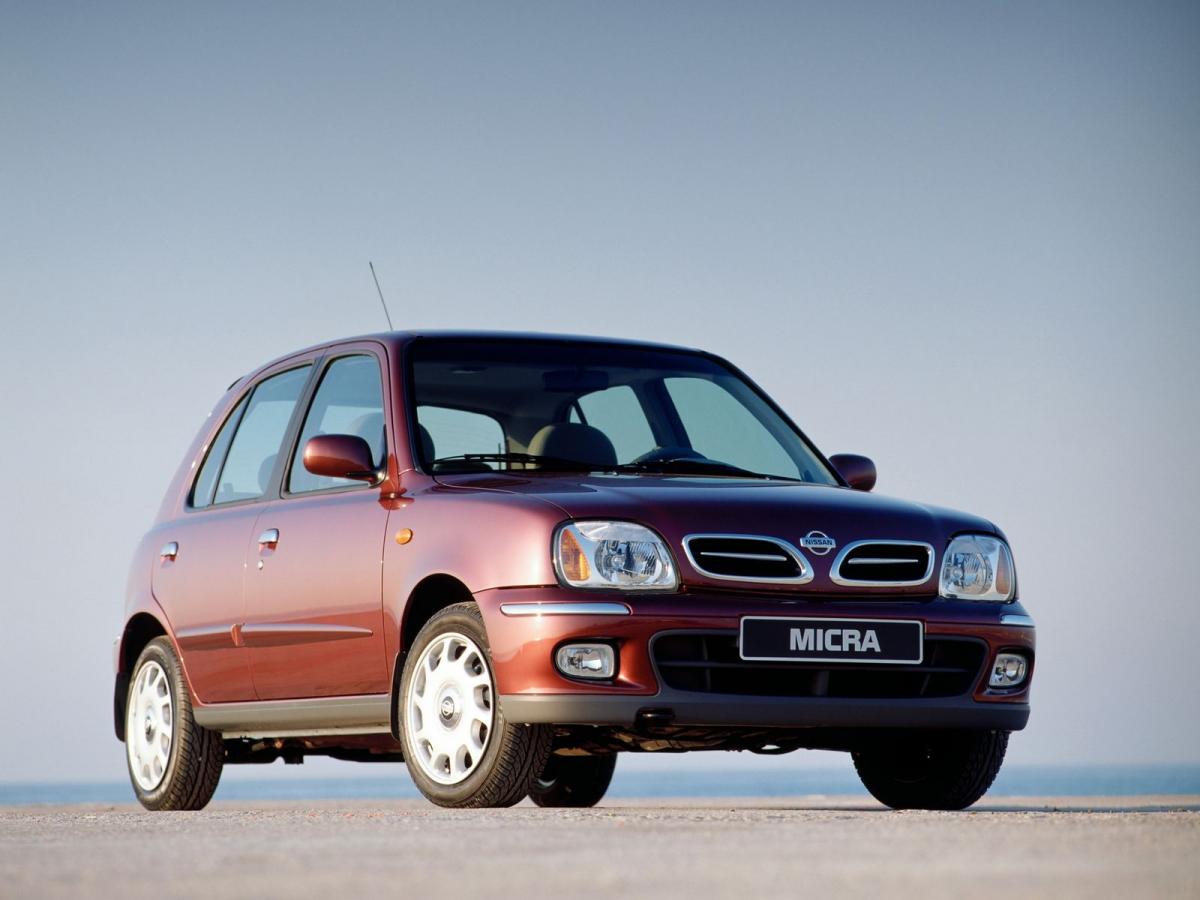 When the K11 Micra finally hit the showrooms in 1992, it was again only intended for the Japanese market initially. It made its debut in Europe in the last quarter of 1992. Nissan had expanded its production facilities though, so the K11 wasn’t just built in Japan. It was assembled in England and Taiwan in addition to the Oppama Plant in Japan.

Overall it was a much more modern car than its predecessor. Nissan had completely redesigned the exterior, and they ditched the old engines in favor of new, more efficient units. Gasoline variants ranged from 1 to 1.4-liters, but a lot of European examples were sold with the extremely frugal 1.5-liter diesel engine. It was the first time Nissan introduced a CVT transmission for the Micra in addition to its 5-speed manual and 4-speed automatic as well. In 1993 the Micra won the European Car of the Year, and sales skyrocketed through the roof. Some six years after it made its debut, Nissan updated the Micra with a minor facelift in 1998. 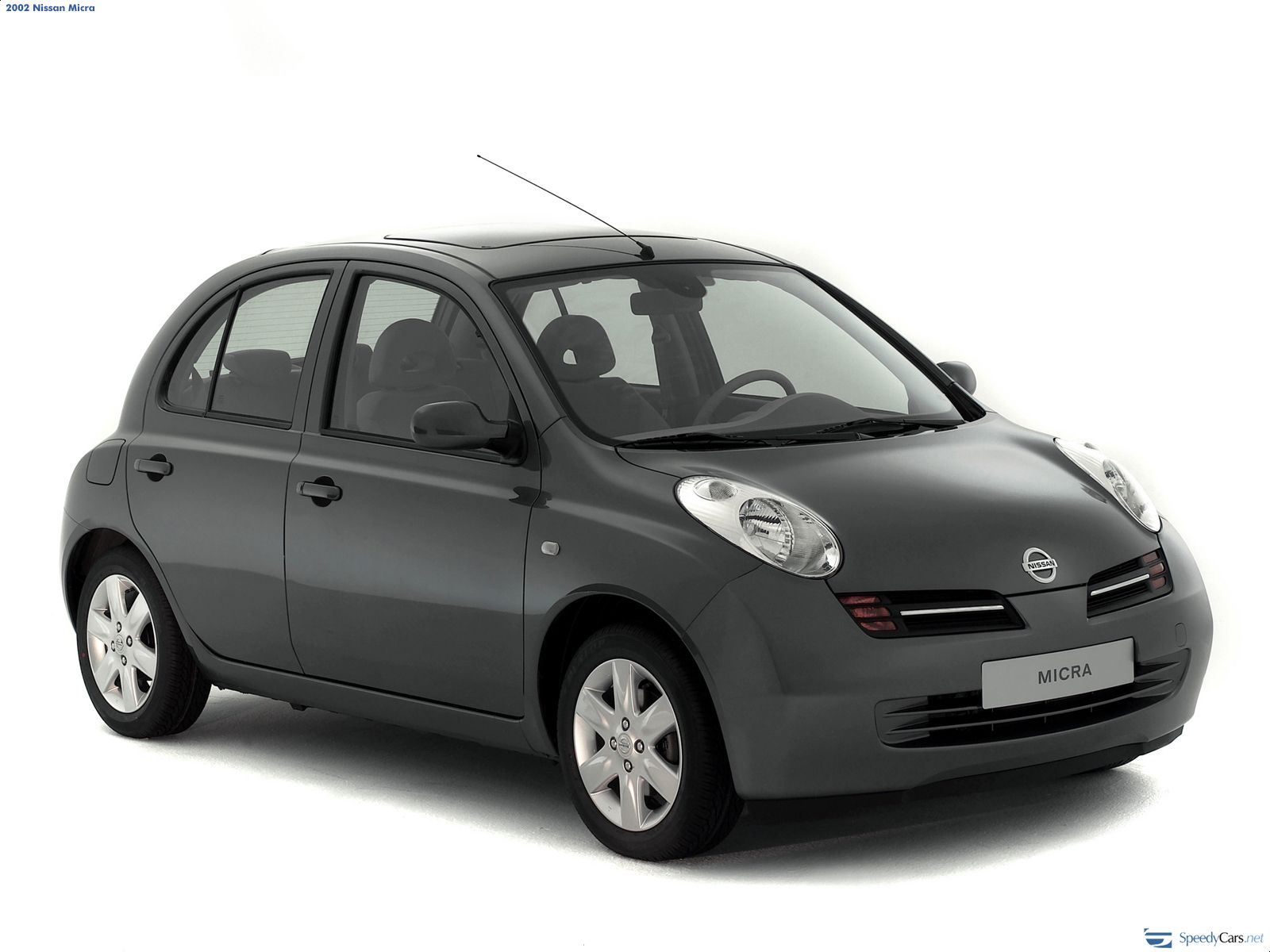 The third generation K12 car first saw the light of day in 2002. Styled after the infamous Nissan mm.e concept car, it was a lot sleeker and funkier than either of the generations which preceded it. Not only was it built in conjunction with Renault, but the Micra grew in size substantially.

Once again gasoline engines ranged from 1 to 1.6-liter, the most powerful of which produced 119 horsepower. Naturally, the single 1.5-liter diesel variant on offer was taken from Renault, further cementing Nissan’s partnership with Renault. Although Nissan gave the CVT the ax for this generation of the Micra, they upgraded the 4-speed automatic transmission and retained the 5-speed manual.

In 2004 Nissan gave the Micra a minor facelift, including a new seven-spoke wheel cover design and 2 brand-new body colors. They also introduced the Micra C+C, a convertible coupe built as a modern interpretation of the iconic Nissan Figaro. Then, in 2005, Nissan decided to introduce new changes yet again. The bumper was redesigned, and so were the wheel covers, the front grille, and the rear bumper.

They also added two new trim variants, called the Micra 12SR and the Micra 15SR respectively. The former came fitted with special aluminum wheels wrapped in Bridgestone Potenza tires, a CR12DE engine with a stainless exhaust system, better suspension, and bigger front rotors. The 15SR, on the other hand, came with an updated HR15DE engine and, strangely, the Xtronic CVT transmission, which was now reintroduced. The most powerful performance variant came out later in 2005, and it was dubbed the 160 SR. In addition to more power (113 horsepower), it also came with stiffer suspension and sporty exterior accents.

Things don’t end there though, because before introducing the fourth generation Micra, Nissan decided that what the K12 needed was one final facelift. Cue the Micra K12C. Most regular Nissan Micras were given the 160 SR cosmetic treatment, but Nisan also added some much-needed technology updates, in the form of Bluetooth connectivity and reversing sensors. In 2007 Nissan started selling the Micra in Australia as well. In 2009 alone Nissan reportedly sold 122,000 examples of the K11 Micra. 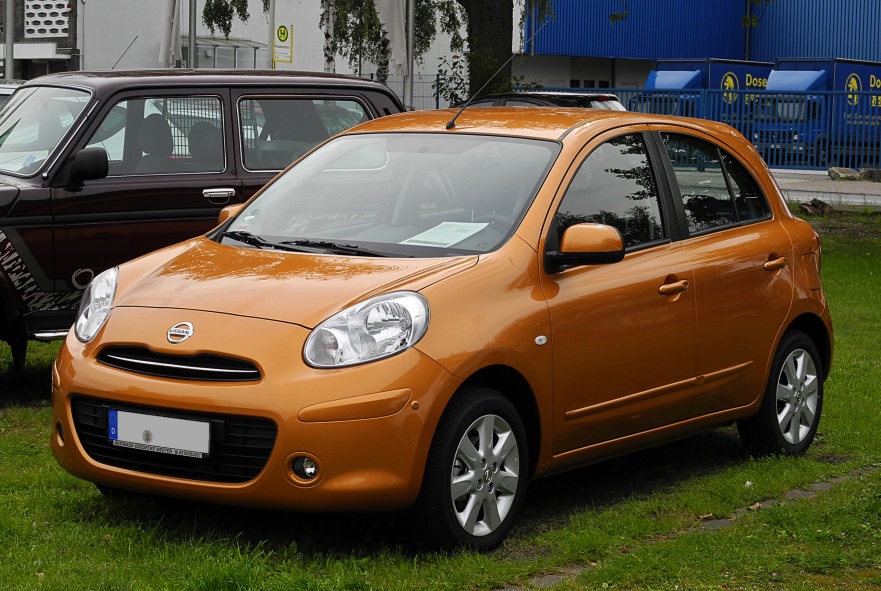 The fourth generation K13 car launched in 2010 is arguably the most recognizable and prominent Micra to date. Sold in over 160 countries, including Thailand, China, and Mexico, it’s by far and away the top-selling Micra, and probably one of Nissan’s most profitable cars ever. It was the first Micra to be built in a North American plant too, but it was never offered to the public in the United States.

Built on the Type-V platform and offered only as a 5-door hatchback, the K13 is cheap to run, practical, and reasonably well-equipped. Nissan fitted it with an Idling Stop System to improve economy significantly, and it also gets variable voltage control for power regeneration (including regenerative braking). Nissan used lightweight materials for the roof panels and the body panels to keep the weight down, and the extremely low drag coefficient of just 0.32 helps with economy too.

The smallest 1.2-liter three-cylinder comes in two variants, a naturally-aspirated one and a supercharged one. The latter makes 79 horsepower and an oddly-satisfying supercharger whine one wouldn’t expect from a Micra. The bigger 1.5 and 1.6-liter HR16DE are a straight carryover from the K12 Micra. Transmission options remain unchanged too. In 2011 Nissan updated the Micra with minor price adjustments and a ‘special’ orange body color. Renault introduced the Pulse in India in 2012, which is essentially a rebadged Micra built by the Renault India Private Limited company. 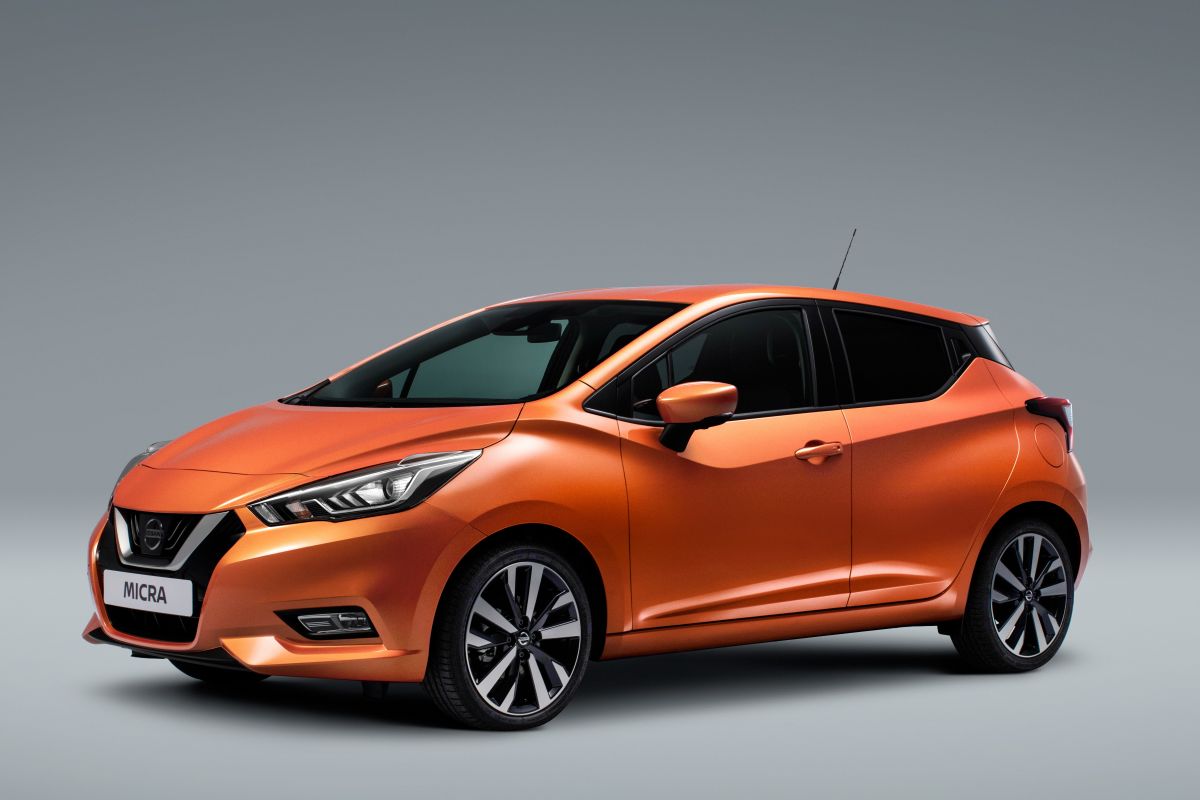 Although the K13 remains in production in certain markets even today, Nissan unveiled a carefully redesigned Micra, known as the K14, at the Paris Motor Show in 2016. It shares most of its underpinnings with its predecessor, but the body panels are all new, and customers get a wide array of customization options to choose from. The most notable addition to the K14 is something called trace control, a system that prevents understeer by softly locking the brakes and rotating the car.

Most of the engines are new and improved, but they’ve been borrowed from Nissan’s friends over at Renault. The Renault Clio to be exact. There are two gasoline variants on offer, a turbocharged 0.9-liter three-cylinder making 90 horsepower and a 1.0-liter naturally-aspirated three-cylinder with 70 horsepower. The bigger engine is the base unit. There’s also a 1.5-liter dci diesel engine courtesy of Renault, making 90 horsepower, the same as the turbocharged gasoline option. Nissan didn’t include any sort of automatic transmission option on the K14, so customers have to make do with either a 5-speed manual or a 6-speed manual.

We'll send you a quick email when a new Nissan Micra manual is added.

Yes! I'd love to be emailed when a new, high quality manual is available for my Nissan Micra. My email address is: